The Commonwealth publishes the list of all candidates who have successfully filed to run for office.  The list is now available for Vienna, posted on the Fairfax County website at this link (.pdf).  Here’s the file in a .pdf reader:

I was waiting to talk about the May 2020 election until I could say something intelligent about it, but I’m not sure that’s going to happen this year.  As you can see, it’s quite a scramble, with three candidates for mayor and seven candidates for the three open Town Council seats.

I have been told I need to list the names, in text, to make it easier for search engines to find this.  Candidates are listed in the order in which they officially qualified, on the Commonwealth’s list.  So the candidates are:

You can see my earlier take on this election, prior to candidate announcements, in Post #508.  And so the current situation is … pretty much worse than my nightmare scenario.  And it’s not just the number of candidates, it’s that most appear qualified, and I’m going to have to fail to vote for people whom I have publicly praised in the past.

Let me give you an example.  I’d vote for Ed Sommers for Mayor in a heartbeat.  I say that because, having attended a few Transportation Safety Commission meetings, this guy knows how to run a meeting.  Unfortunately, he’s not running for Mayor, he’s one of seven running for Town Council.

So, just how unusual is this election, by Town of Vienna standards.  I can only conveniently get the elections data back to 2000, so I have to limit it to this century.  But in that context, this election already sets records for most candidates and for competitiveness (most candidates per open seat).  And, parenthetically, for being the first time there have been three candidates for mayor. So I am far from exaggerating to say that voters face a fairly confused situation.  How are voters even going to keep straight who is who?

But of course, it could always get worse.  Not just ten candidates, or even ten decent candidates, but how about an election with ten candidates and little in the way of systematic information to compare them?

In last year’s election I relied on Vienna Votes (a volunteer organization founded by town resident Shelley Ebert) to gather some information in one place.  You can see how that was set up last year at this link. At the very least, you had links to each candidate’s website in one location.

As of January of this year, that organization was on track to arranging a mayoral candidate debate.  Useful, I think, given that this is the first election in memory with three candidates for mayor.  So, one stage, three people, and a moderator.

But that has now fallen apart, with Councilman Majdi being the only candidate now willing to appear.  Given the crowded field, I thought that a mayors-only debate was a good idea.  But you can’t hold a debate with an empty chair.  (Except sometimes). 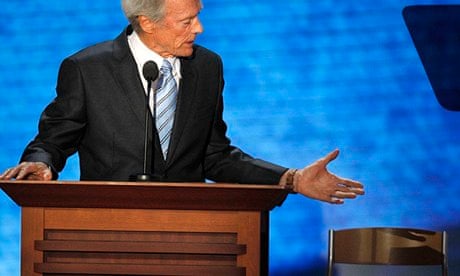 As far as I know, all remaining likely candidate debates (which I have been told includes: Cunningham Park PTA, Green Hedges, VBA, NEVCA, and NARFE) are for all ten candidates.  With the caveat that the proposed Vienna Business Association (VBA) debate may or may not be mayors-only.

I think it’s going to be hard to get much information out of those debates.   If for no other reason that the sheer volume of 10-candidate debates, and how unusual that is for Town of Vienna elections.

Doing the math, depending on the outcome, we’ll be down to just one or two 2018 Town Council veterans remaining on Town Council.  One if Springsteen wins the mayorship, two if he does not.

The upshot is that this is a bit of a mob scene.  It certainly would be helpful if candidates could do what they can to clarify the situation, particularly in the unprecedented-this-century three-way race for mayor.  To do otherwise is to make it just that much harder for citizens to make an informed vote.