I used to like McDonald’s french fries.  My opinion was that they tasted great.  And that was an opinion that I thought many people shared.

But then I found out that President Trump likes them.  Now I hate those fries.  I think they taste terrible.  And I take delight in every article showing that they’re bad for your health.

If that strikes you as perfectly reasonable, just stop here.  We’re not on the same page, and never will be.

By contrast, if that strikes you as irrational, read on. 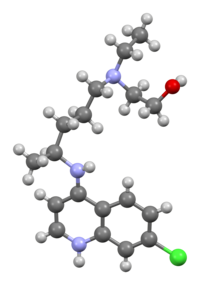 In Post #701 (and earlier posts), I put down all the reasons why hydroxychloroquine was (and still is) a plausible candidate for treating COVID-19.  Up to and including why the combination of that drug, with zinc supplements, was already in an NIH-registered clinical trial as a prophylactic (preventative) for at-risk health care workers.

A recent study of observational (i.e., non-experimental) data seemed to show that giving hydroxychloroquine to COVID-19 patients was hugely detrimental.  Seemed to cause an enormous increase in deaths.  And so on.

In that post, I explained what I saw as the main problem with that study.  Having done dozens of “observational” studies like that, for various health care manufacturers, my observation is that they always show that the people who got the drug (or device, or treatment) were worse off.  For the simple reason that you give drugs to sick people, and that direction of causation (sicker people get treatment) swamps any positive effect the treatment may have (treatment makes people somewhat better).  The net result of those two factors is a negative correlation between receiving a drug (device, treatment) and health status.

(This is why you have to test drugs using randomized clinical trials.  Those trials tend to be hugely expensive.  If you could reliably test the effectiveness of drugs from simple observational data, nobody would bother with randomized trials.  But you can’t .  Because, believe it not, if you leave it up to physicians, they’ll treat the sick people, not the healthy ones.)

And that “observational data” study had all the earmarks of that, including an apparently huge impact of the drug.  That is, not only did it appear detrimental, it appeared to kill people in very large numbers.  And yet, physicians continued to administer it.

As it turns out, a lot of knowledgeable people are now questioning that study.  Not just from my perspective.  But it appears that a lot of the medical detail, including dosages and prevalence of side effects, also appear anomalous.  You can see a good writeup in Science magazine, a publication of the American Association for the Advancement of Science.

But that’s not really my point.  My point is that, based on comments to various news articles, a lot of Americans celebrated the fact that hydroxycholorquine appeared to be deadly mistake, rather than a plausible treatment, for COVID-19.

And they did so purely because President Trump liked it.

If you understood the straw man at the top of this post, then you understand how completely irrational that is.  I think it’s hugely unfortunate that Mr. Trump is our President.  Ditto, the fact that he touted hydroxychloroquine.

None of that changes my opinion about the potential benefits of the hydroxychloroquine/zinc combination therapy.  I sure hope it’s effective.  You should hope so, too.  Keep an open mind until we see some actual clinical trial data on the effectiveness of that combination.

Addendum:  A large-scale randomized trial  shows no impact of hydroxychloroquine.

This was reported by CBS on 6/4/2020, and the actual research is written up in the New England Journal of Medicine.  It’s a double-blind randomized trial of a large sample of individuals who were exposed to COVID-19. There was no significant difference in the eventual rate of COVID-19 infection between the group given hydroxychloroquine and the group given a placebo.

Despite a few modest limitations, I’d say that pretty effectively rules out hydroxychloroquine, by itself, as an effective prophylactic.

I still have not seen the results of any trial of the hydroxychloroquine and zinc combination that has been rumored to be effective.

That study incidentally provides some interesting information.  First, the incidence of “secondary infection” is about 15 percent.  That is, if someone in your household has COVID-19, you have about a 15 percent chance of being infected.  Second, within this heavilyi-exposed cohort of younger individuals, only about 13 percent got infected, despite spending at least 10 minutes face-to-face with a COVID-19 infected individual, at a distance of less than six feet, without protective equipment.  Third, in this large cohort of mostly younger people, there were about 800 heavy exposures to COVID-19, about 110 infections, and just two hospitalizations.

The one-on-one infectiousness of this does not seem all that high, based on that.  And that jibes with something else I recently read, in that most of the reported cases come from superspreader-type events.  That is, depending on the country, 80% of cases come from just 10% to 20% percent of infected individuals.

A good detailed discussion of that is in Science magazine.  To me, this fairly strongly suggests that your main risks are not really in occasional one-on-one interactions (e.g., at the checkout counter at the grocery store).  Your main risks are in large groups, where, if the timing is just exactly right, a single aerosol superspreader can infect many individuals simultaneously.  This is particularly true if the environment is noise (so people must talk loudly), or if it’s a place where people sing.