Where are we, now?

Most of you can probably recall that we were told to stay at home to “flatten the curve”, with this nice, neat picture (or something like it) as the illustration.

But months ago, it became obvious that the picture above was fundamentally misleading (Post #559, March 18, 2020).

And that, in fact, absent a vaccine, or the discipline to lock down enough to remove the virus from circulation, the actual picture for the USA was going to look more like this.

And, sure enough, that’s pretty much the picture today:

Some other countries, many with less warning and lead time than the US had, managed to get their act together and avoid the scenario above.  They effectively removed the virus from general circulation, then re-opened with caution.  They can now focus, in effect, on putting out the occasional brush fire — the sporadic outbreaks here and there.  This includes a handful of nations in the Far East, Australia and New Zealand, and a few others.

In the USA, we lacked the leadership, discipline, and patience to do that.  We never really shut down most of the economy.  Our Federal “guidelines” for re-opening were a purely political document (Post #673, April 29, 2020).  From a scientific standpoint they were a joke.  And they were widely ignored anyway.

States are being cautious, mostly.  But the fact is, we’re in the process of removing restrictions while the virus is still widely circulating.  Really, in most cases, before there had been any noticeable downturn in new cases.

I thought their most notable feature of re-opening was the complete and total absence of any discussion of failure (Post #673).  How you would recognize a failure, how you would address a failure.  In other words, near as I can tell, no government — certainly not the Federal government, and no state government that I have seen — has any mention of what to do if the virus gets out of hand again.

Literally, there is no plan for declaring a failure, or doing anything about it.  No plan for un-doing a re-opening if (e.g.) the virus begins to spread fast enough to overwhelm the local hospital system or the local morgue/funeral parlor system. 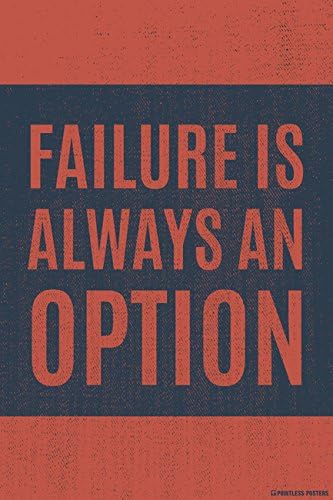 Bear in mind that, objectively, until such time as an effective vaccine is distributed, this is where we are on the grand sigmoid curve of the pandemic (below).  More-or-less.  Based on antibody testing, New York City is somewhere around the 15% line by now.  Most of rural America is pretty much still at zero.   And on average, the USA as a whole is likely somewhere around 3 or 4 percent, at this point.  About what the antibody assays showed for parts of California, a few weeks ago.

So far, there has been no indication that I can see that early re-opening did much of anything on a national average basis (Post #694).  Which means either that it really didn’t have an effect, or it’s just too soon to tell.  Although I note, for what it’s worth, that the decline in daily new cases has stopped, per the NY Times graph above.  (Nor has any effect shown up in the data for Virginia, yet, though it’s clearly to early to see such an effect there (Post #699).  )

But this is a big country and the portion of the curve above the “You Are Here” arrow is large.  It’s a pretty good bet that somewhere, sooner or later, the pandemic is going to get out of hand.  And so it will be interesting to see what happens, when that happens.

A sharp-eyed colleague has spotted what appears to be the first re-opening failure:  Montgomery, Alabama.  Apparently, they are out of ICU beds, and are shipping patients requiring that level of care to hospitals an hour away.  And, locally at least (by the Mayor of that city), this is being attributed to a spike in coronavirus cases following the removal of restrictions earlier in the month.

So, rapid rise in COVID-19 patients, with just about the right timing to be a result of re-opening.  Hospitals running out of ICU beds.  Patients being shipped to hospitals 90 miles away.  The Mayor holding a press conference, at the urging of local physicians, to publicize the situation.  The city’s emergency management agency director making appeals to the public.  Oh, and Memorial Day weekend just one week away.

And so, we wait with bated breath, to see what the first response to a possible re-opening failure will be.  And its …

Don’t worry about it.  This happens all the time in Montgomery.  They routinely run out of ICU beds.  It’s not an issue.  It’s no big deal.  They can handle with it.  And it’s not related to COVID-19.  Per the state’s chief health officer.

Which may or may not be true.  But is certainly the response I would expect, given that there is no plan for recognizing or dealing with failure. What seems fairly clear, at this point, if that if restrictions are re-imposed, it’ll have to be done by the Mayor of the city.  (Which, of course, will have no impact on the portion of the hospital catchment areas that lie outside the city limits.)

So this is going to be an interesting one to watch.  It’s interesting because it’s (possibly) the first re-opening failure.  It’s interesting because the State has completely and totally said it’s a non-issue.  But mostly, its interesting because of the long lag times between infection and the point where a case shows up in the statistics.   Even if they shut the city down today, they have another couple of weeks’ worth of case growth baked into the system.  This may be our first chance to see a local government deal with the hog-slaughter-cycle problem (Post #G01).  No matter how you slice it, this will definitely be a situation worth tracking.