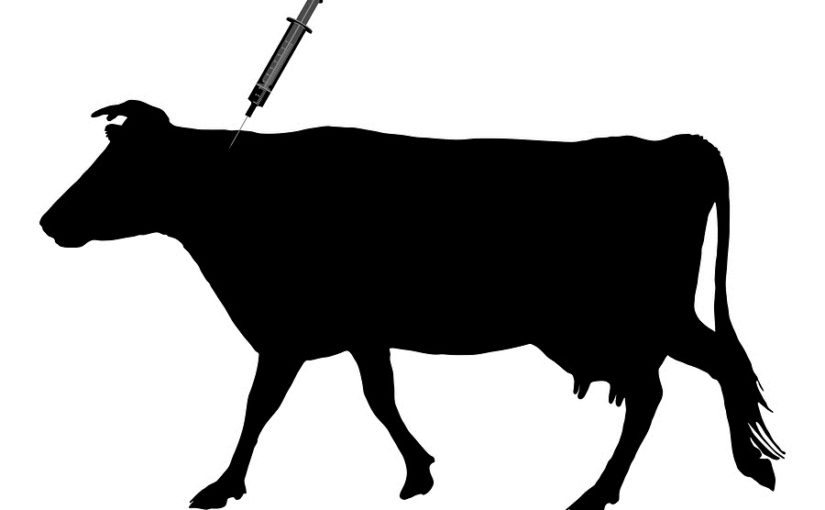 Looks like the U.S. fourth wave is fizzling out.

You may have noticed that the news media are no longer screaming about Michigan.  That’s because things are getting somewhat better there, and that doesn’t make the news. Source for this and all other graphs of new cases:  Calculated from The New York Times. (2021). Coronavirus (Covid-19) Data in the United States. Retrieved 4/23/2021.  https://github.com/nytimes/covid-19-data.  The NY Times U.S. tracking page can be found at https://www.nytimes.com/interactive/2020/us/coronavirus-us-cases.html.

More than that, the entire Midwest now seems to have topped at just about exactly the same time as Michigan. That’s the sort of synchronous behavior that makes me ask whether there’s still a large element of seasonality to this current wave of COVID-19.  Think about it.  Those states have widely-varying histories (fraction of population already infected), varying rates of vaccination, and varying policies toward (e.g.) re-opening of schools.  And yet, they all appear to peak within a few days of one another?  It’s tough for me to believe that there isn’t some underlying factor causing that behavior.

Be that as it may, more than four weeks into this fourth wave, the U.S. daily new case rate stands just 14% above the low point of the prior wave (marked in red below).  That works out to a growth rate of just 3 percent per week.  That’s not even remotely comparable to the prior three U.S. waves of COVID-19. I keep using the term “fizzle out” to describe this U.S. fourth wave.  There are no new hotspots to take the place of Michigan.  On the other hand, the virus isn’t going away.  Not anywhere.  Or, at least, not in any state, not even those states that had a large fraction of the population immune via infection.

Here’s a graph of what was, at some time in the past, my top ten candidates for herd immunity, based on having a large share of the population immune via prior infection with COVID-19.   There’s absolutely nothing to suggest that any state is even close to herd immunity. If I contrast what’s just been happening at William and Mary (Post #1117), versus what has happened in Michigan, I’m starting to see some depth to the herd immunity issue.

The W&M student body is largely isolated from the rest  of the world.  As of ten days ago, three-quarters of them had been vaccinated.  And they now appear to have very nearly eradicated COVID-19 within the student body, having had one positive case in the last 4500 or so tests, in the current round of “census” testing of every student on campus.

In Michigan, by contrast, the crisis arose because the virus found itself a fresh, largely uninfected population:  High school students.  The decision to re-open high schools created a pathway for spread of COVID-19 in a population that had largely been protected from it, or, at least, mostly uninfected by it, up to now.

W&M fits the classic model of herd immunity.  That’s a single, isolated, well-mixed population.  With a high vaccination rate, and almost uniformly good COVID-19 hygiene, they have all-but-eliminated the spread of COVID-19 on campus.

But in Michigan, we have numerous sub-groups of the population, and what we have seen of late is that the pandemic has remained alive by rotating to a new targeted group.  Fresh victims, as it were.  There, a large population of unvaccinated individuals  was newly exposed to a situation where transmission was likely.  And so the rapid spread of the virus continued.

Here’s the point:  Michigan wasn’t a flare-up of the virus in the entire population.  It’s not as if they saw a spike across-the-board.  It was mostly due to the spread of the virus to a new target group, high school students, and to a lesser degree, grade-school students and young adults.  My recollection is that for older adults, there wasn’t much of an increase at all in new cases per day.

Michigan had that sub-population of “fresh victims” standing by.  And Michigan saw that flare-up at a time when, according to the standard model of epidemics, infection rates should be tapering off.  Michigan seems to defy the rules, but that’s because the rules don’t really fit the situation in Michigan.

By contrast, within the W&M student body, there is no group of fresh victims for the virus to turn to.  That’s a more-or-less a homogeneous mass of people, living in its own little world.  The refer themselves as the Tribe, and that’s oddly appropriate in this context.  They are a most-vaccinated tribe, and the results are following the standard theory of epidemics.  Tribe immunity, if you will.

In the field of public health, some disease rates are not calculated on a per-person basis.  For example, you won’t see figures for prostatectomies per 100,000 persons.  You will see figures for prostactomies per 100,000 men.  That’s for the obvious reason that women are irrelevant to that calculation, and it makes more sense to calculate incidence of surgery per 100,000 potentially eligible for that surgery.  (You might not think that matters, but if you stratify by age, you’ll find that men account for just 40% of the population age 75+).

A recent Washington Post opinion piece offered a truly profound insight into the current situation with COVID-19.  (Opinion: This is the most dangerous moment to be unvaccinated, by Robert M. Wachter, April 19, 2021).  Or, at least, I found it to be truly profound.  Let me summarize the gist of it, with a little twist.

If you start counting up all the people who are now immune to COVID-19, you realize that the rate of new infections among those who are still capable of being infected is really pretty horrendous.

The current U.S. new-infection rate doesn’t look too bad, but that’s because we calculate it as new infections divided by the total population. When we do that, we get an average of about 20 new cases / 100,000 population / day.

But when you think about it, that’s like prostatectomies per capita, not per male.  It’s not really an accurate picture of what’s going on.  A large fraction of the population is now immune to  COVID-19, starting with more than half of the adult population having been vaccinated.

Let me bring my “herd immunity” chart up to date, and then discuss that point. Source:  Calculated, with a separate assumption as to the ratio of total infections to reported infections, based on the CDC COVID Data Tracker as of 4/22/2021.

By my best-guess estimate, more than two-thirds of the U.S. population should be fully immune to COVID-19 at this point.  And so, when you see the U.S. new-case rate of 20/100K/day,  based on the total population, you should mentally triple that, and say, that’s 60 new cases /100,000 population /day within the population that’s still at risk for infection.

Once you get that in perspective, you see the current situation in a new light.  The U.K. variant is raging within the population still at risk.  The only reason we don’t see that is that two-thirds of the population is no longer at risk.  And when we average those two populations together — 60/100K/day and 0/100K/day — we end up with the seemingly-OK published value of 20/100K/day.

That gets back to the fundamental question for the end of the pandemic:  If two-thirds of us are immune, and we continue to engage in COVID-19 hygiene, why is there still no sign of herd immunity?  That immunity by itself should be able to handle a virus with a basic replication factor (R-nought) of 3.  Toss in the COVID-19 hygiene, and that plausibly should handle the U.K. variant, with an estimated R-nought of maybe 3.5.  Why isn’t that happening yet?

I think the explanation is that the new, more infectious U.K. variant is now finding fresh victims.  It’s jumping to people who would not have been infected, in their normal course of business with the older, less-infectious variant.  As a result, cases are skyrocketing among the portion of the population that remains at risk for infection.

So the U.S. as a whole, with the new U.K. variant being spread, perhaps does not fit the standard model of a pandemic.  It’s not like William and Mary, with a homogenous and well-mixed population.  It’s more like Michigan, with pockets of fresh victims ready to be infected, if only some pathway opens up for the virus to reach them.  And, plausibly, the greater infectiousness of the U.K. variant is the pathway by which the virus continues to spread within the remaining small, non-immune population.

In conclusion:  I haven’t quite figured out what this means for the end of the pandemic.  But, at least, I think this explains why we’re not seeing a swift and clean end of the pandemic, as seems to be occurring at William and Mary.  All across the country, the introduction of the more-infectious U.K. variant means that we’re finding the equivalent of Michigan’s high school students.  We’re finding fresh victims who would not otherwise have become infected.  And we’re now going to have to wait for that process to work itself out before we finally get the total level of immunity in the population both high enough, and homogeneous enough, to suppress further transmission of the virus.