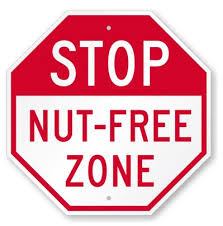 No change in trend.  The U.S. currently stands at just over 24 new cases / 100K / day.  Most states no longer report new case numbers over the weekend, so Tuesday will be the next chance to track the trend in new cases. Gibraltar and the denialist mindset.

Many pundits have remarked on the strong overlap across conspiracy-theory beliefs.  Peel back an anti-vaxxer, and you’re likely to find a climate-change denier underneath.  Show me a person who thinks COVID-19 is a hoax, and chances are you’ll have found a Q-Anon sympathizer or someone who believes that massive election fraud occurred in (selected states, in the Presidential election only) in 2020.

My own take on that is that you can count on some people to be consistently wrong.  Someone who holds a whackdoodle opinion on one topic likely holds them across-the-board.  Name the complex issue that requires clear and logical thinking to be understood, and they’ll have developed an adamantine and unchangeable mis-understanding of it.

The hallmark of this way of understanding the world is fixation on a single fact, to the exclusion of all other evidence.  Given a world of data suggesting that, e.g., COVID-19 is a problem and that vaccines work, if such a person can find a single factoid that appears to contradict that, they will latch onto it.

As a result, there’s an entire internet-based industry focused on finding and promoting such factoids.   In addition to straight-up totally fictional disinformation.  This industry relies on individuals who want to believe something, and think that a single fact, with no context, can somehow outweigh all other evidence.

This fact is typically a “semi-attached figure” in the parlance of How to Lie With Statistics.   It will be a number that is literally correct.  But it will have nothing to do with whatever the presenter is trying to convince you that the number implies.

Conspiracy-prone people are useful, in one sense.  By cutting-and-pasting whatever nonsense they’ve just read, then passing it on without applying the slightest filters of logic, reason, or comprehension, they provide a window into the nut-o-verse that dominates so much of our social media discourse.

In short, if they insist upon it, it’s almost certainly wrong.  And, while that’s not nearly as useful as finding somebody who’s frequently right, it is useful.

My wife had the factoid-of-the week tossed at her yesterday.  This week Gibraltar is making the rounds, as in the Rock of.  They currently have 28 new cases of COVID-19 per day, in a population of under 40,000 that is very-nearly fully vaccinated.  The gaslighting-du-jour is that this conclusively shows that COVID-19 vaccines don’t work. I decided to see if there was any quick and simple explanation for such a thing.  And what I found was the following, from the government of Gibraltar:

Q: What is the Population of Gibraltar?

Q: How many visitors have arrived in Gibraltar in 2018?

Hmmm.  Let’s see.  Do you think that having more than 300 non-residents entering the country, per resident, in a typical year, might make Gibraltar an exception to the rule?  (That 11M figure gets discussed as if that were all tourists, but I’d bet  that’s a combination of tourists and guest workers.)  And yes, just to check, Gibraltar counts “resident and visitor” cases of COVID-19 in its statistics.

In effect, Gibraltar gets to have a little slice of the rest of the world’s pandemic.   Whatever gets tracked in by the tourists.

It took me all of about 60 seconds to find that.  Normally, I’d say, you’d think that the people touting this would have done the same.  But the difference is, I wanted to understand that fact.  Place it in context and try to see if it makes sense in light of all the rest of the information we have about COVID-19.  By contrast, the people touting it and re-tweeting it simply want to use it.  Use it as a shield against all that bothersome other information, so that they need not be troubled that their opinion is so at odds with the facts.

Of course, I then had to see if other countries that are overrun by summer tourists are also being touted similarly.  And of course they are.  I immediately stumbled across several sites, with identical language, touting not just Gibraltar, but Iceland as well.

Did you know that Iceland is having a huuuuuge outbreak!!!  This, despite high vaccination rates!!!   Now what does THAT tell you, huh? Iceland isn’t quite as much the poster child that Gibraltar is.  In a normal year, Iceland has about 2 million tourists, for a population of about 400,000.  That’s a mere 5 tourists per resident.  But, for sure, they all come during the summer.  Iceland currently has just over 100 cases a day (about 25 / 100K /day, unexceptional in the U.S. context), and Iceland is only about 70% fully vaccinated.  I could not verify that Iceland’s data includes tourists, but that would be the norm, and I would bet a substantial sum that it does.

Within the U.S., Hawaii is a location where airborne illnesses are a function of the tourist load and mix.  The contiguous U.S. has s single flu season, typically peaking in February each year, with a common set of flu strains spreading across the entire country.  By contrast, Hawaii pretty much has the flu year-round, and experiences a set of strains of flu that is completely different from those circulating in the rest of the U.S.

Hawaii gets about 10.5M tourists in a typical year, for a resident population of about 1.4M.  Or about 7.5 tourists per resident.  That’s a higher annual tourist-to-resident ratio that Iceland, but I expect that Hawaii’s tourists are spread throughout more of the year than Iceland’s are. Now what does THAT tell you, huh?

That seems like a nice bit of confirming evidence, but that’s probably mostly a matter of chance.  Hawaii is about 60% vaccinated, and they seem fairly focused on keeping active COVID-19 cases off their islands.  If you look at Hawaii’s website, they actually track tourist cases separately from residents, and Hawaii’s current outbreak is mostly residents.

If I were truly compulsive, I’d go on to look at all the other places that have extreme tourist-to-resident ratios, including countries (such as most of the Caribbean islands) and U.S. cities (led by Miami and Las Vegas).  But I don’t care enough to do that.

There’s an interesting general principle here.  Statistics for tourist destinations will reflect not just cases among residents, but cases diagnosed amount tourists who happen to be there at the time of their test.  The upshot is that the higher the tourist load, the less useful the COVID-19 case load statistics are.  As the ratio of tourists to residents rises, cases per capita becomes increasingly meaningless.  The numerator (cases in residents and tourists) and denominator (residents) begin to have less and less in common.  And because the denominator is fixed (residents), you would expect to see an apparently high count of new cases per capita in high-tourist areas.

This is purely a math effect, and is independent of “real” effect of tourists bringing in cases and infecting the residents.  Surely that happens as well (else, why would Hawaii and so many other places be so insistent on vaccination, testing, and quarantine restrictions for travelers).  But my point is about the distortion of the cases-per-capital data, not about tourism as an actual disease vector.

In the end, it all boils down to a bit of common sense, and a bit of math.  Two things that the nut-o-verse must reject in order to survive.