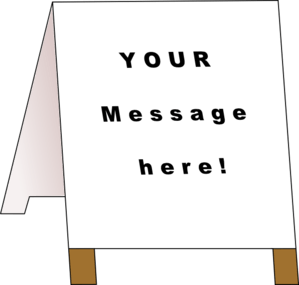 I’ve finally decided how I’m going to irrigate most of my garden beds this year.  I thought I’d write it up, briefly, while I wait for the rain to clear.  No pictures, no references, just words.

The back story:  I have about 500 gallons’ worth of rain barrels, located some distance from my various vegetable beds, and more-or-less level with them.  And last year, it was a real chore to get the water from those barrels to my vegetable beds.  That’s only enough water to put maybe 1″ on all my beds.  But it weighs upwards of two tons.  With a small submersible pump and some two-gallon watering cans, I managed it last year.  But I can’t say I was looking forward to repeating that this year.

I can, in theory, do what normal people do and water the garden with tap water.  At some point each year, I seem to run out of rain water and end up doing that.  But I like to avoid it, mostly because some plants can’t tolerate the chloramines in the municipal water.  (Peas, for example, bleach when watered with Town of Vienna tap water.)  So I have to use an activated-charcoal filter to remove the chloramines if I water with tap water.

(Plus, I just plain don’t like giving my town any more money than I absolutely have to.  It’s a long story.  But that’s yet another reason to avoid watering from the outdoor spigot.)

What are core beds, and why am I giving it a try?

There are plenty of inexpensive options for delivering water to plants, without either carrying watering cans or holding a hose in your hand.  But in my particular circumstance — basically zero hydraulic head from the water barrels to the beds, and reliance on a small submersible pump for water pressure — almost all of them had serious drawbacks.

So I’m going to try a version of core beds instead.

With core beds, you dig a trench down the middle of the bed, fill it with straw or other materials that can hold water, then cover that up with dirt.  That water-absorbent material is the core.  The idea is that the core acts like a sponge, holding the water and keeping the sub-surface dirt moist for the area within about two feet of the core itself.

This isn’t really some shocking new discovery.  There are many methods that use organic or other matter in the soil to retain moisture.  Anything from just mixing a lot of organic matter into the soil, to buried pots that slowly lose water into the soil (ollas), to at least some forms of “lasagna beds”.  So there’s nothing really unique here, except that all the organic matter is in one long trench.

In some sense, you can think of this as a natural Sub-Irrigated Planter (SIP).  You water your plants from the bottom, instead of the top.  In a SIP, you have water held in a basin, sitting on the waterproof bottom of the planter.  With a core bed, by contrast, I’ll have water held in an organic matrix, sitting on good old Virginia red clay.  Which is not quite a waterproof material, but it’s pretty close.

In either a core bed or a SIP, the water slowly wicks out of the reservoir, via capillary action, into the surrounding soil.  And so, in theory, if done right, the surrounding soil stays moist, but not moist enough to encourage roots to rot.  And you end up watering from the bottom up.

In some areas, or some times of the year, rainfall will be enough to keep that core charged with water.  If so, then the bed becomes functionally equivalent to a  “self-watering planter”.  (Which is, in fact, a SIP).  But I’m going to set mine up with a fill pipe so that I can, as needed, pump water from my water barrels to the core of each bed.

What I find particularly appealing is that these cores should, in theory, act like auxiliary storage tanks.  When I do the math, the recommended core size (about a foot wide, about 6″ thick) might be able to hold about an inch of rainwater, for the entire surface of the bed.  Put a decent layer of mulch on the top of the bed, and that ought to be enough to get through a week of dry weather.  Plus or minus.

And so, in theory, during dry weather, I’ll stick a hose down into the core and fill it up, once a week or so.  Which just plain beats the heck out of carrying watering cans everywhere, every day.

The downside is that the cores rot.  You have to dig them up and replace the organic matter every year.  I looked at various man-made alternatives (mostly, variations on water-retaining polymer beads), but none of those seemed appealing.  It wasn’t so much for the cost of them, but more for the idea of growing food on what amounts to a big pile of plastic.  I’d sooner do hydroponics than do that.

The final advantage is that this doesn’t lock the surface of the bed into any particular arrangement of plants, the way a fixed set of drip tapes or irrigation pipes might.  When I make the transition from spring to summer to fall crops, I don’t have to worry about a) avoiding breaking the irrigation or b) repositioning the irrigation.  And the main component of this — the core — just rots and feeds the soil.  Some other types of systems, such as buried drip tapes, eventually produce (a small amount of) plastic waste as the components wear out after a few years.

Anyway, assuming the rain stops, I’ll convert one of my raised beds to a core bed tomorrow.  I’ll post the pictures here when I’m done.