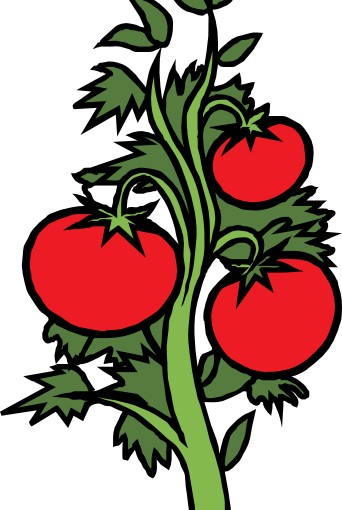 By far, the strangest aspect of this year’s gardening season is the deer.  Or, rather, the complete lack of deer damage (so far) in my garden.  It’s as if they’ve finally learned to read.

I don’t know whether it’s the cicada noise that drove them out.  Or maybe they’ve forgotten me.  But whatever it is, they haven’t made pests of themselves so far this year.

This is the second year that I’ve used a motion-activated sprayer (Yard Enforcer).  And I planted the most deer-attractive crops closest to the sprayer.  (But so far, all I’ve managed to hit with that is me, as I come out to the garden in the morning and forget that it’s on.)  I also spray about once a week with Bobbex deer repellent.  It really stinks, but in a good way.

Not sure what exactly is keeping the deer at bay this year.  I haven’t even had to play loud country music in the back yard (Post #G07).  But whatever it is, so far, I’ve seen zero deer damage. Japanese beetles are completely gone from my garden, and have been for a week or so now.  They arrived here (Virginia Zone 7) on June 26 this year.  I put up two Bag-a-Bug traps (away from and downwind of my garden), and maybe three days later I was down to seeing an occasional Japanese beetle in the garden.

That’s how it worked last year as well, and that certainly seems like cause-and-effect to me.  But I admit that without a control plot to compare to, that might just be coincidence.  It may just so happen that the dense infestation with Japanese beetles really is that short-lived all on its own. The squash vine borer (SVB) is still around.  I seem to be seeing one just about every other day.  So this season is much like last season, with a heavy infestation followed by weeks of occasional visits.  Given when the SVB first arrived, she should be around through the first week of August.  To which I need to add another seven-to-ten days for any eggs to hatch.  Which means I’ll be spraying the stems of my squash with spinosad from now through the second week of August.

Commonly repeated folk wisdom is that once the SVB arrives it’s safe to plant squash.  That seems to be wrong.  That would work if the commonly-assumed two-week SVB season were true.  Here, the season is about seven weeks.  This year, squash won’t be safe from SVB until after the first of August.

We’re reaching the squash saturation point in any case.  There aren’t but just so many ways that you can disguise squash as food.  (And the need to disguise it says it all, doesn’t it.)  I believe we’ve had squash as main dish or side dish for every meal this week.  So if I lose a plant or to to the SVB at this point, I won’t throw a fit.  That said, I can always pickle and can the excess.

Finally, my save-the-males system is working flawlessly (Post #G21-041).  If you find yourself in a situation where something is eating all your male squash blossom buds, just rig up a little physical protection for them.  That, plus refrigerating any extra male blossoms on any given day, has meant that I always have male flowers available now for pollinating my squash.

Cucumber beetles are still around, which kills any notion of a discrete season for them in this zone.  They’ve been active in my garden continuously since they first arrived earlier this year.

Those insects spread bacterial wilt, and that limits which cucumbers I can grow unless I’m willing to go after them aggressively with (e.g.) Sevin or other contact poisons.

At this point, all of my original cucumber plantings have succumbed to bacterial wilt, and I’ve replanted with two wilt-resistant varieties (Little Leaf, and Cross Country (which I assume is a cross of something with the wilt-resistant Country Fair).  Much as it pains me to say it, I can’t grow heirloom varieties of cucumbers here, thanks to the cucumber beetle as a vector of bacterial wilt. I’m having a phenomenally good tomato year, at least by my meager standards.  And I have no clear idea why.  All my plants met the basic garden test: They failed to die.  They are all currently upright and appear healthy.  I’m getting enough ripe tomatoes out of a 4′ x 12′ plot that I’m having a hard time keeping up with eating them.  And there are tons of green ones still on the vines.

I had one bout with early blight, but I just cut out all the blighted leaves, and that seems to have settled it.  I cut out the occasional discolored leaf.  But as far as tomato care goes, that’s about it.  No spraying, no fertilizing.  I water when it gets dry.

If I had to guess, I’m having a good year because I’m finally following the advice of the experts.  The old me would have stuck a tomato cage around the plant and checked back occasionally for ripe fruit.  The new me actually tries to follow the rules, in particular, the rules laid down by The Rusted Garden (Gary Pilarchik).  But others as well, as it makes sense to do so.

Right alongside the tomatoes, I’m actually getting a pepper crop this year.  Sweet peppers, hot peppers, banana peppers.  That’s a first for me.  Enough that I’m actually going to be able to make some jars of pickled peppers this year.

But unlike the tomatoes, I’m using the total-neglect system of pepper plant management.  Based on my history, I figured that they were such a long shot that it wasn’t worth doing anything to them.  I stuck them in the ground and let them get on with their lives.  And there they are, not only not dead yet, but actually producing food.  I many need to revise my opinion of them after this. In so far as not actually having pumpkin vines prevents problems with your pumpkin vines, that’s been quite successful.  All I have right now are a few widely-spaced upright little cucurbit plants.  I’m hoping they’ll fly under the radar of the SVB, the powdery mildew, and other pests.  And still have enough of a growing season to give me some fruit.

My experiments in value-destroying no-dig potatoes seem to be coming along just fine.  (Value destroying in that the cost of the straw I put down to bed the potatoes probably exceeds the value of the potatoes I hope to harvest).

In any case, they met the primary test of garden success (they have failed to die).  They’ve been growing since early spring with no help from me, other than an occasional bucket of water if I was watering the rest of the garden.

They are now starting to lie down, turn brown at the edges, and otherwise signal their intent to shuffle off this mortal coil.  Leaving behind what I hope will be a harvest of their starchy offspring.  But otherwise making no demands, other than sunlight and a place to be rooted.  Along with tomatoes, I’d say that potatoes are my favorite vegetable to grow.

And the rest.  My green beans were hit with common bean mosaic.  It’s a viral disease and there’s nothing to do but keep them picked as they slowly die.  Never had that happen before.  I’ve planted a second patch well away from the first.

Late-planted sunflowers and mustard are both doing exceptionally well.  I think of sunflowers as something you plant in the spring, but in fact they do fine with a mid-summer planting.  Maybe sometime, in some far future, I might get smart enough to plant some in the spring and some at midsummer.  My gardening sophistication has not yet advanced to that level.

Dill is another one of those plants that just takes care of itself.  About half my dill this year was self-sown by last year’s crop.  And I’m going to let a few go to seed this year and see if they’ll do that again.

The verdict is still out on sweet potatoes.  For one thing, I only had one sweet potato produce slips.  (Apparently, store-bought sweet potatoes are treated with sprout inhibitor, just as potatoes are).  That said, it grows like a weed.  From maybe a dozen slips, it’s now all over two of my raised beds.  But having let it run like that, I’m not quite sure how I’m going to pull up any actual sweet potatoes at the end of the year, short of spading up the entire garden bed in search of them.  Next year I’ll know better.

I’ll be direct-sowing fall root crops (rutabaga, turnip, radish, beet) this week.  That doesn’t seem right to me, owing to the hot weather ahead, but that’s what the experts say, so that’s what I’ll be doing.

Finally, for want of another hot-weather crop that will fit my garden space, I’m planting eggplant for the first time ever.  Just your common Black Beauty eggplant.

This last one tests the bonds of my marriage.  It’s not entirely clear why I’m planting eggplant, as nobody in my family actually likes eggplant.  I’ve already been told that in terms of actually eating any putative future eggplants, I can count out the rest of my family.

For better or worse, sure.  In sickness and in health, fine.  Richer, poorer, got it.  But nobody mentioned eggplant.  And that’s where my wife has chosen to draw the line.  So I’m on my own with this one.