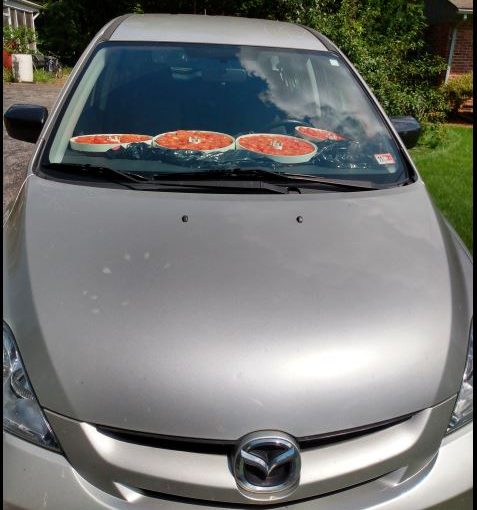 It’s been a good year for growing tomatoes in my garden. The best year I’ve ever had, which isn’t saying much.

This has meant spending a fair bit of time preserving tomatoes. And while I like to grow them and eat them fresh, I’m not all that fond of preserving them.

I find preserving tomatoes to be unrewarding on many levels.  It takes a lot of time and concentration, particularly because I’m growing mostly smaller (2″) fruits.  Some methods require a surprising amount of fossil fuels and throw a lot of heat into my air-conditioned house.

But mostly, it’s that my results are unspectacular.  You don’t actually get many calories out of the final product.  And I find that (e.g.) my tomato sauce tastes just about like the sauce you can buy at the grocery store.

It seems like a relatively poor cost/benefit ratio, to me.  It’s arguably better than letting the tomatoes rot, but it’s clearly not a high-value activity.

That’s why I keep looking for easier ways to get the job done.

So far, this year, my preservation techniques have evolved from:

You’ll notice that home canning isn’t on that list.  That’s due to the minimum efficient scale for canning.  A canner-load is seven quarts.  One good picking of my garden will yield maybe two quarts of finished sauce.  The USDA wants you to boil those jars for 45 minutes (in a non-pressurized canner).  It seems so wasteful to run the canner mostly empty that I just don’t go there.

Frozen tomato pulp seems to have a reasonably low energy cost (as long as you are going to run the freezer anyway).  But was just too tedious.  You have to peel and core every tomato, halve or quarter, and remove the seeds.  Salt, let stand, then place in bags and freeze.

With smaller tomato varieties, that was just too much effort.

And in the end, the taste of fresh tomatoes is preserved, but freezing turns them to mush.  So they get hidden in a soup or stew anyway.  Given that, I really couldn’t see a huge advantage over just buying canned tomatoes from the store.

For tomato sauce, I manged to get the labor down to practically nothing, but only at the cost of high use of fossil fuels.  Put a splash of water in a pressure cooker and fill with tomatoes.  Cook 20 minutes at pressure.  Ladle them directly into a Foley mill (a food mill) sitting on a crock pot (slow cooker).  Fill the Foley mill to the brim and grind away.  Put the crock pot on the back porch, covered with a spatter screen to keep the bugs out.  Let it cook overnight.  Let it cool, and  and ladle the sauce into freezer bags the next day.

On the plus side, this approach requires just a few minutes of labor for each batch of sauce.  Further, there’s almost no risk of burning the sauce.  (You do get “burned” sauce on the sides of the crock pot, and have to avoid mixing that in with the rest.).

The big drawback is that a crock pot is a ludicrously inefficient way to boil off water.  (A crock pot is designed to avoid boiling away its contents.) Each batch of sauce takes upwards of 4 kilowatt-hours (KWH) of electricity.  That’s as much energy as drying a big load of clothes in the dryer.

My wife is fond of dried tomatoes, so I decided to give that a go.  We have a little electric food dryer.   There’s some labor involved, in that you have to slice up the tomatoes.  But nothing near as tedious as making frozen pulp. Slice them up, lay them on the food-dryer trays, sprinkle on a little salt.  Sit the dryer on the back porch and turn it on.

For my first batch, I failed to grasp two things.  First, that little tiny food dryer draws over 400 watts.  Second, it takes forever for tomatoes to dry.  That’s partly a function of how I cut them, and of drying them outside, in a high-humidity part of the country.  I’m sure I can bring that time down some.  I’m not sure I can bring it down a lot.  In any case, my first batch took the better part of 24 hours and almost 8 KWH of electricity.  That’s to dry roughly the same quantity of tomatoes that would have made one batch of sauce above.

So now I’m trying for some lower-energy dried tomatoes.  My wife has a friend who looked at buying or making a solar food dryer, but then realized she already owned one:  Her car.  Why build an insulated box that heats up in sunlight when you already drive one around. And so, there I am above, bringing down property values in my neighborhood.

Having a disused vehicle or two parked in the driveway does not make you a redneck.  At least, not here in Virginia.  You don’t cross that line until you repurpose your dead car for non-automotive use.

Sometimes you’ll see one that’s been turned into a chicken coop, or that’s clearly being used as an auxiliary storage building.  The end use doesn’t matter.  It’s the act of unashamedly demonstrating that this thing with wheels on it, in your front yard, no longer even pretends to be a transportation device.  That’s when you cross the line.

Those of you with sharp eyes will realize I’m kidding.  My solar tomato dryer has a valid state inspection sticker on it.  Still, I do have to wonder what the neighbors thought I was doing.

FWIW, I’m not sure this will work well or not.  I seem to be able to hit 115F in full sunlight.  I have a little box fan running to circulate the air.  But this is clearly going to take days, at this rate.  In theory, 115F is high enough for safe drying of vegetables.  In practice, I’m not too keen on having a bunch of wet tomato slices cooling off every night, for several nights.  And then eating the results.  I believe I’ll call this solar-assisted food drying, and finish these off in the electric dryer.  If I can use this to cut the electrical time in half, that’ll save me 4 KWH per load.  Enough electricity to drive my wife’s car almost 20 miles.  Well worth doing, if it’ll work.