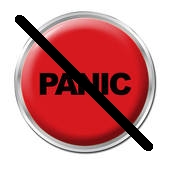 Whatever U.S. COVID-19 case count you see today is either going to be grossly wrong or partly fictional.  Maybe both.  Mine included.

My best guess is that the U.S. Delta wave continued to recede slowly over the weekend.  But that is just a guess.  We won’t really have any hard data on that until tomorrow at the earliest.

This post explains the problem with today’s data.  It’s clear that the raw data aren’t usable, and I can’t quite seem to come up with a fix.

Recall that Labor Day put a big “divot” in the data.  The lack of reporting on that day created a sharp, but wholly artificial, drop in the seven-day moving average of new cases.  That occurred because, for many states, we effectively had just six day’s worth of reporting in our seven-day-moving-average period.  That problem compounds due to the large number of states that do not report data on the weekends.  There, yYou weren’t missing a day’s worth of data, you were missing three day’s worth.  Hence the very large drop in the average. I posted this pair of graphs a week ago.  I “patched” that divot in the most expedient way possible:  I overwrote the “divot” day with the reading from the next day.

Today we get the reverse effect, a spike.  Today, for many states, we effectively have more than eight days’ worth of reporting in the seven-day moving average period.  The raw seven-day-moving-average curve today looks like this, in logs as above: To be clear, this is totally expected.  When I wrote about removing that spike, I said:

Except that, here we are at next Tuesday, and there ain’t no next day’s data with which to fix this.  Not until tomorrow.  Absent that, there seems to be no easy fix that will remove this artifact.  At least, none that I can gin up in real time.

The best I can do is compare today’s spike with last week’s divot.  Figuring, very loosely, it’s more-or-less the same problem in reverse, let’s compare the two spikes for size.  This time in natural units, because it’s a lot easier to see: Today’s spike in the raw data is about 0.6 cases smaller than last week’s divot.  Based on that, I’m guessing that the U.S. Delta wave in fact continued to recede slowly over the weekend.

But that is just a guess.  We won’t have any sort of hard fix on that until tomorrow.

Sometimes the data cooperate.  Sometimes not.  The situation should be clearer tomorrow.