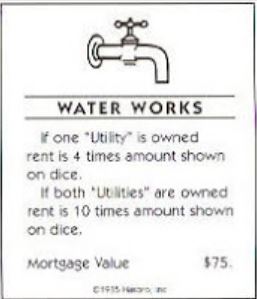 The Vienna Town Council passed another increase in the water and sewer rates a few days ago.  No surprise.  It passed 7-0.  Again, no surprise.  Only a couple of people spoke out against, one of which was the only non-incumbent candidate for Town Council.  Also unsurprising, as even in a non-pandemic year the Town rarely gets any citizen feedback until the bills start coming out at the higher rates.

In light of what Candidate Patariu asked Town Council to do (freeze the rates for a year, to give people a break during the pandemic, I found this notice on the Fairfax website to be particularly interesting:

But there were a handful of surprises.  For one, I thought this was part of a five-year plan to raise rates by about 50%, pretty much exactly following the recommendation of a hired consultant (Post #448, 11/7/2019).  The current five-year plan would finish next year.  But there now seems to be discussion of maybe another five years of rate increases?  I’ll have to go back and review the tapes.

The other surprise is that my vague understanding is that, in the recent past, the Town of Vienna tried to get Fairfax to take over the water and sewer systems, but Fairfax refused.  Apparently, that’s not true.  It was just a question of the Town not liking the price that Fairfax was offering or asking, or some such?

But beyond that, I don’t think there was a whole lot of what I would call basic economic analysis of the options.  Water bills are going to go up.  And maybe keep on going up.  End of story.

A little calculation of value

Or is it a calculation of little value?  Probably the latter, but I’ll do it anyway.

I’m going to take five minutes to do a simple net-present-value calculation that ought to get done from time to time.  Just to understand the implications of the chosen path of raising the water and sewer rates, from a value perspective, if it really is true that Fairfax County could take over our system.  For a price.

When Vienna embarked in the current five-year plan of rate increases, the combined water/sewer rate in Vienna was just about equal to that in Fairfax County, for the typical Vienna resident.  As of the FY 2019-2020 rates (beginning July 1 2019), Vienna rates were roughly on a par with Fairfax County rates (Post #448).

Right now, as of this most recent increase, the average Vienna household pays about 23% more for sewer and water than they would pay if served by Fairfax County.  As shown above.

Don’t get me wrong.  This is a town full of well-off people.  Median annual household income is somewhere around $160K.  So, for the average resident, this probably isn’t a great burden.

But that doesn’t mean you shouldn’t do a calculation about the value of what you’re getting, relative to alternatives.

In any case, it’s easy enough to do the calculation shown above.  I’ve been putting together versions of this rate comparison for a few years now.  You plug in your quarterly usage, and it’ll show you how your Town of Vienna bill compares to what you’d pay in Fairfax. You can download it here.  Plug in your own quarterly usage to see an estimate.

A calculation of net present value

Now I want to ask the value question.  What’s the “net present value” of all that additional payment that we make, here in Vienna, relative to what we’d have to pay if we were served by Fairfax County?

Another way of saying that is the following:  If we had to pay Fairfax County to take the water and sewer system off our hands, and in return avoid the current high sewer/water rates in Vienna, what would be a fair payment for that?  How much could we, the citizens of the Town of Vienna, afford to pay right now, and “break even” on that deal.  We’d pay Fairfax up front, and in exchange, we’d get those lower Fairfax monthly bills from now on, instead of the higher Town of Vienna bills.

Ignore the fact that the Town is not yet done increasing its rates.  Just ask the simple question:  How much should we be willing to pay, right now, to avoid that $1M in additional bills year-after-year?

This is called the “present value of a perpetuity” calculation.  So there is an answer to that, but it depends on the interest rate or “time value of money”.  I think the Town paid about 2.2% in its last bond offering.  But to be conservative, let me assume 2.5%.  The actual formula for the answer is ridiculously simple, as show in the reference cited above.

The net present value of a $1M per year perpetuity, using a discount rate of 2.5% per year, is $40M.  In other words, a fair deal, from the perspective of those paying the water bills, would be to pay up to $40M to Fairfax County, in order to have them take the water and sewer system over, and bill us a their rates, rather than ours.

And it’s straightforward to see that it’s a fair deal.  If you had to borrow that $40M, at 2.5%, and make those interest payments forever, you’d pay $1M per year in interest.  Which is what makes that the break-even price.  You’d be paying $1M in interest, to avoid paying $1M in sewer-water bills.

The upshot of this is that if we’d have to pay Fairfax County anything less than $40M to take over our water and sewer system, we’d be better off, financially.

And that figure is only going to go up, as Vienna first completes the initial five-year plan for raising rates.  And then reassesses the situation, and maybe embarks on another five-year plan?

I’m not a Town insider.  I don’t know what those negotiations were, between Vienna and Fairfax, in the past.  I’m not sure that the information ever was or was not made public.

But I can say that if Fairfax County would take out system off our hands for, say, a mere $20M payment from us to them, that would be a bargain, compared to the rates we’re paying now.  And it would be an even bigger bargain as Vienna’s rates continue to rise.

Edit:  I’ve been told that this next section is wrong, so I’m dropping the offending word.  I mistakenly said “entirely”.

Per the Town of Vienna budget, 2021, p 380:  “All capital improvement projects are financed through general obligation bonds.  Debt service payments on issues released after 1990 are fully funded through a meals and lodging tax assessed on all applicable businesses within the Town and transfers from the Water and Sewer Fund for Water and Sewer projects.”

It’s possible that there’s some legal or arcane reason that the Town could not issue general obligation bonds, with the debt service to be paid by the meals tax, to allow us to buy our way out of the water system.  If so, I don’t know what that would be.  There may also be a distinction between whatever-it-is-that-is-shown-in-the-Town-budget-and-is-about-issuing-bonds, and some other definition of capital fund that is not directly relevant to issuing bonds.  But what I’m talking about is the Town issuing bonds.

But, true fact, I said entirely, when it should have been mostly.  Or something even less precise.  So that was wrong.  But don’t miss the forest for the tree(s).  If Vienna could relieve itself of its obligation to maintain the water system via general revenue bonds, then it could use the meals tax to reduce residents’ water bills.

That said, let’s face it:  That’s never going to happen.  Read this as an extras-for-experts, not as anything that the Town of Vienna would ever have the sense to do.

An extras-for-experts, or how to reduce your water bill via the meals tax.

And here’s an extra for experts.  The sewer and water system is infrastructure.  It is paid for out of the Town’s capital budget, not the operating budget.  And the capital budget is funded in part by the 3% meals tax paid on every restaurant meal provided in the Town.

That’s interesting, because a) a lot of that is probably paid by non-residents, and b) I don’t think people even realize that they pay that tax.  For the average Town of Vienna resident, that’s as close to a painless tax as can be.

Suppose Fairfax County wanted, say a mere $10M payment to take the sewer and water system off our hands.  Suppose we have to finance that by borrowing the money, issuing $10M in 20-year bonds in the next bond financing.  Suppose the interest rate the Town pays rose to 2.5% in this next bond cycle.  What would our annual payments be, to pay off those bonds, in order to make that payment to Fairfax County?

Answer:  About $650K per year.  For twenty years.  And, then, after that, nothing.  That would be less than the current $1M per year that we pay for Town of Vienna water bills, in excess of what we would pay if Fairfax County ran the water and sewer systems.

The upshot is that we could use the meals tax — which I think is fairly painless — to reduce Town of Vienna citizens’ quarterly water bills.

If you look for graphic images of clotheslines, you inevitably get a page of crap like the image to the left.  Clothes lines are stereotyped as old-fashioned, or hicksville, or as the case of the one at the left, both.  With a side-order of sexism.

And yet, indoor dryers are such energy hogs that outdoor clothes lines have received legally protected status in nineteen states.  These are the so-called “right to dry” states.  In those states, a homeowners’ association cannot ban the use of clotheslines.  And this pro-outdoor-drying advocacy group gives links to the enabling legislation in all of them.  (Of course there’s an advocacy group for that.) END_OF_DOCUMENT_TOKEN_TO_BE_REPLACED