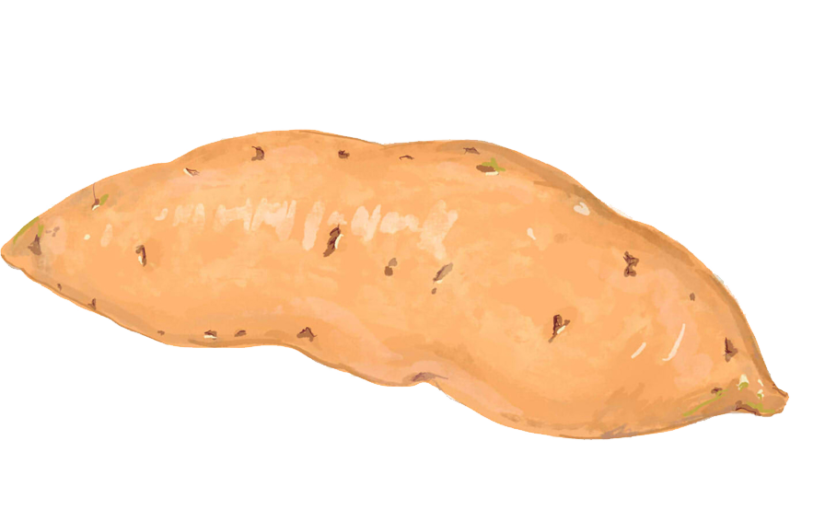 My latest discovery as I plan out my garden is that there are few hot-weather vegetables that I would care eat.  I’m not quite desperate enough to grow eggplant (yet).  But I’m getting there.

I’ve decided to grow some sweet potatoes.  They like the heat, and by reputation, they’re easy to grow.  Except for that weird part about growing slips by suspending a sweet potato in a glass of water.  That’s unappealing.

Turns out, the sweet-potato-in-a-glass-of-water method is more of a kid’s science experiment than a gardening technique.  Real gardeners grow sweet potato slips by placing sweet potatoes in a warm, moist, loose medium, such as soil, potting soil, sand, or sawdust.

And that’s the point of this post.  I’m going to try to summarize the best available advice on this topic.  See the bullet points at the end for the bottom line.

I’m planning to grow a lot of vegetables solely as cool-weather crops this year.  In particular, I’ll be growing cucumbers and summer squash as an early crop only, with plans to tear them out in early July.  This is to avoid having to deal with the pests that plagued those crops last summer.

Now I have to figure out what to replace those crops with, in the heat of the summer.

The problem is, there aren’t a lot of crops that thrive in (say) August in Virginia, that I would care to grow and eat.  Okra, peppers, and maybe some beans.  I may even break down and grow eggplant this year.  But there’s only so much of those things that you can grow and eat.

Which brings me to sweet potatoes.  I’ve never grown sweet potatoes before, but I hear it’s pretty easy to do.  They like the heat, and I happen to have about a dozen sweet potatoes that got a bit moldy sitting around.  Since I’m not going to eat them, this seems like a zero-risk way to try growing sweet potatoes.

You will see a variety of instructions for growing sweet potato slips by suspending a sweet potato over a cup of water.  To tell you the truth, I thought this was the only way to do it.  And that’s one of the reasons I’ve never tried growing sweet potatoes.  That looks like a fussy, labor-intensive, hit-or-miss process.  (Plus, I doubt that would work with sweet potatoes that have some surface mold on them already.)

Instead, the method that I found most appealing was to grow the slips in dirt.  I first saw this approach in a YouTube video from the Deep South Homestead.  The gist of which is that you put the sweet potatoes in warm dirt, cover with about 6″ of sawdust, and let them sprout.  About seven minutes into this, he pretty much dismisses the whole approach of starting sweet potato slips in water.

Another YouTube gardener I trust for good advice is The Rusted Garden. That’s a Maryland gardener who seems to offer sound advice for gardening in Zone 7.  He did a quick side-by-side comparison of methods:  Sprouting in potting soil, versus sprouting in a glass of water.  If you’re not convinced, just look at the opening of the video.  As you can immediately see, sprouting these in soil was a lot quicker.

And, in fact, if you look for it, you soon realize that all of the advice for professional growers suggests starting sweet potato slips in some loose, solid medium.  Here’s the Mississippi State Extension Service, and they say to sprout them in moist sand or sawdust.  The additional detail they provide is the temperature.   They want you to keep the sweet potatoes quite warm — 80 degrees Farenheit.  Florida state extension service agrees, more-or-less, both as to method and high temperature.

Georgia state extension service adds some more useful advice (.pdf).    (That seems like remarkably few sweet potatoes.  And in fact, it’s a typo, because because Kentucky’s extension service (.pdf) says 550 lbs of sweet potatoes will provide enough slips for an acre, which they make out to be about 13000 slips).  Assuming I have that all straight now, that a pound and a quarter of sweet potatoes should provide enough slips for 100 square feet of garden.  That’s about four or five medium sweet potatoes.  And about 30 slips, at the planting rates recommended in that reference.  Which also gibes with a rule-of-thumb of a dozen slips per sweet potato.

The upshot is that if you sprout these in a solid medium, you only need to do a handful for a typical backyard garden.

Virginia Cooperative Extension Service out of Virginia Tech does not itself address sweet potatoes, except to say that in this area, they may be planted well after the last frost date, and may be planted as late as the first week of July (per this document, .pdf).   They do, however, provide access to a manual for raising vegetables in the Southeast, where sweet potatoes are addressed extensively.

Several sources suggest “pre-sprouting” sweet potatoes by holding them in a warm, 90%-humidity environment for a month before starting slip production.  That speeds up the process, but I don’t have any way to do that.

Different sources offer different recommendations for transplanting the slips.  It looks like the preponderance of sources for commercial growers tell you to leave the roots behind, and just transplant the stem, stripped down to just a leaf or two.  That’s to avoid transferring diseases across garden beds.  Others, such as The Rusted Garden, root the cuttings in water before transplanting them, roots and all.

And so, I now have a few sweet potatoes sitting in a plastic shoebox of potting soil, on a warming mat.  If nothing else, it’s a lot less effort than trying to grow them in water.