Data source for this and other graphs of new case counts:  Calculated from The New York Times. (2021). Coronavirus (Covid-19) Data in the United States. Retrieved 9/28/2021, from https://github.com/nytimes/covid-19-data.”  The NY Times U.S. tracking page may be found at https://www.nytimes.com/interactive/2020/us/coronavirus-us-cases.html. For the country as a whole, only six states continued to see increases in new cases last week.  All six of them border Canada. The center of new case growth in the U.S. continues to shift north, toward states with cold, dry winters.  This is, I think, arguably, the lead-in to this year’s winter wave.   As I’ve said in earlier posts, if we have wave this winter that parallels last year’s wave, then U.S. new case counts should start to turn upward again sometime in October.  And here we are, at the end of September.  So it’s not as if we have long to wait to see if that particular prediction is accurate or not.

I am fairly convinced that we will have a winter wave.  If I had to bet, I’d bet we’ll have a pretty bad winter wave.  That’s not straight-up fear-mongering, that’s just math.  That’s based on the accepted estimate of the infectiousness (R-nought) of Delta, and my estimate of the overall level of immunity in the population.  Near as I can tell, at best, those two factors cancel out, and as far as those basic factors go, we’re roughly in the same position we were in last fall.  So, logically, at best, as winter conditions set in, I’m expected a winter wave of at least the same magnitude as last winter’s wave.

Now toss in a factor for how much COVID-19 hygiene has degraded in the meantime, and I’d guess that the risk is mainly on the upside of that.  Mask use is down, every type of social venue is unrestricted.  Assuming I got the math about right on the tradeoff between greater infectiousness and greater population immunity, what would you expect to happen in this case?  I’d expect something somewhat worst than last year’s winter wave.

But in fairness, I should note that the CDC’s official group of forecasters — the COVID-19 modeling hub — has predicted that there will be no winter wave this year.  At some point, I might try to explain why their approach, based on a collection of standard epidemiological models, is probably fundamentally wrong-headed.  Suffice it to say that their track record at predicting the course of the pandemic is not good.  So, while I’d bet good money that we are going to have a significant (possibly even dreadful) winter wave, I should note that, as of today, the official party line says otherwise.

Currently, Alaska is in a class by itself, at a seven-day moving average of 177 new COVID-19 cases / 100K / day.  As you can see below, that’s just shy of the all-time high set last winter by North Dakota.  That’s also twice the rate of the next-highest state right now, West Virginia. What’s worse is that the rate of increase in new cases in Alaska is accelerating.  On Friday, the seven-day growth rate was 41%.  Today it’s 58%.

I should try to underscore how unusual the situation in Alaska is.  Really, how large this weekly increase is, in terms of the absolute number of cases that Alaska hospitals now need to handle.  Over the entire course of the pandemic, only two states saw a true one-week increase in cases as large or larger than that just seen in Alaska.

In both cases, that was within a day or two of the absolute peak of the winter wave in those states.  So this increase is not exactly unprecedented in the pandemic, but it’s close.  If this isn’t the peak of daily new cases in Alaska (or very nearly), Alaska will have entered uncharted territory. Alaska is also of interest due to the possibility that they are rationing care.  Two states — Idaho and Alaska — have declared hospital emergencies, empowering physicians to deny hospital inpatient care to those deemed least likely to survive, in areas where hospitals are full.  In Idaho, cases can spill over into adjacent Washington State and they appear to be doing just that.  But Alaska has no such option, short of air ambulance transport.

Alaska is shown in the graph above.  The yellow line is new COVID-19 hospital admissions, the red line is new COVID-19 cases (on different scales).  (The dip at the end of the red line is an artifact of Alaska’s data reporting, not a real reduction in cases).  The longer that yellow line is flat-to-down, as cases rise, the more likely it is that Alaska hospitals are restricting admissions for those judged least likely to survive.

This is not simple morbid curiosity.  The situation in Alaska is, I think, more important than that.  We need to keep asking this question:  Is Alaska out-of-control due to some unique factors that affect Alaska alone?  Factors that, as far as I can tell, I am not able to put my finger on.  Or is Alaska is a glimpse of what the U.S. winter wave might have in store for many states, once we get well and truly into winter?

OK, that borders on fear-mongering.  But that is legitimately the question I keep asking myself.  Why Alaska, why now, why so extreme?  It’s not even winter yet. Source:  The American Society of Heating, Refrigerating and Air-Conditioning Engineers.  This is from the 2016 ASHRAE Handbook—HVAC Systems and Equipment (SI), Chapter 22:  Humidifiers.

In the meantime, why not get your humidifier prepped for winter.  For sure, dry indoor air makes people far more susceptible to flu and other infectious respiratory illness (Post #894, Post #895). 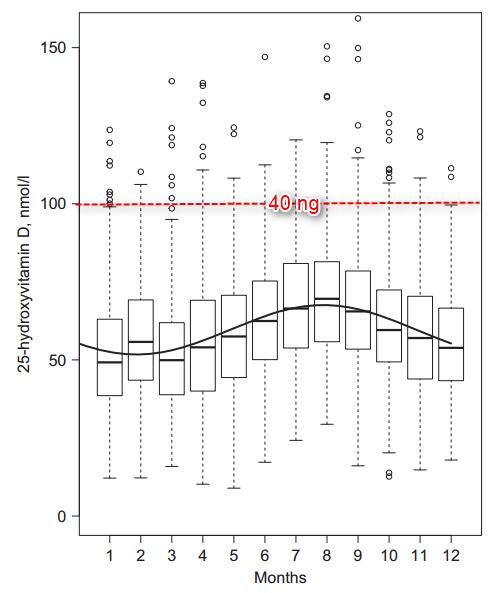 Maybe take some vitamin D from time to time.  Low wintertime levels of vitamin D might conceivably play a role in reducing immune system effectiveness.  The evidence for that is pretty weak ((Post #894), but it doesn’t cost much, it can’t hurt if done in moderation, and there’s some chance it can help. And for goodness sake, ditch whatever crappy-but-comfortable mask you are wearing, and step up to wearing a mask with a known, high filtration level.  Don’t like the bulky cup-style respirators?  You can walk into any Home Depot and buy a box of comfortable U.S-made 3M Aura lightweight N95 respirators.  Or try LG “Airwasher” Korean-made KF94 ear-loop style masks.  Or a Kimberly-Clark duckbill-style lightweight N95 respirator.  Unlike the situation at the start of the pandemic, you don’t lack for choices.

Wait, did I say any Home Depot?  I misspoke.  While things are still calm, now is the time to find a high-filtration masks that you find comfortable enough to wear. Because if the crap hits the fan, you know what’s going to happen.  We’ve seen it before.  The images below are from Home Depot in Anchorage, AK today.  So, let me rephrase that as any Home Depot outside of Alaska. Checking in with the neighbors.

The peak of Canada’s Delta wave was about three weeks later than that of the U.S., and they haven’t really come down off that peak much.

Great Britain was well ahead of us on the Delta wave.  And while they are below their peak, they haven’t really made it through that wave yet.